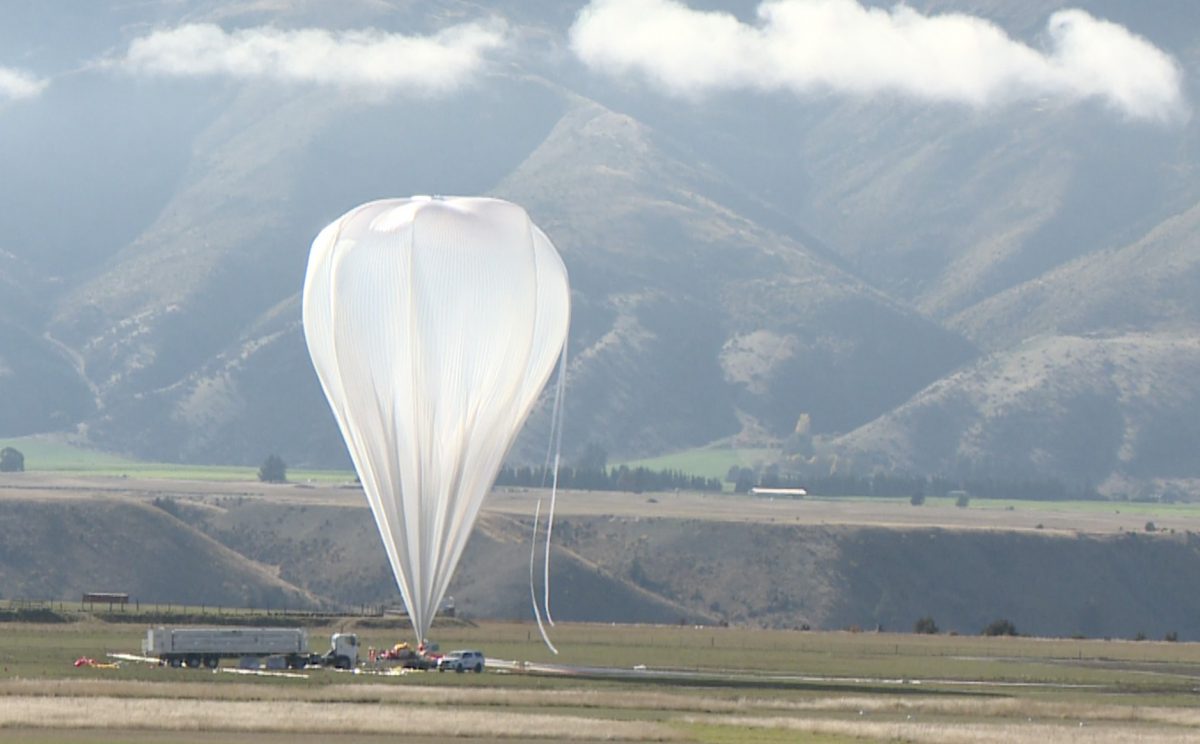 EUSO-SPB (EUSO Super Pressure Balloon) is an experiment on board a super pressure balloon for a long duration flight. EUSO-SPB was launched at 22:50 UTC on April 24th, 2017, from the NASA balloon launch site in Wanaka (New Zealand) and landed on the South Pacific Ocean on May 7th. Data analysis is in progress.

The instrument is an updated version of the first EUSO-Balloon payload. It includes a full original JEM-EUSO PDM (photon detection module with 2304 pixels), as in EUSO-Balloon, and a Fresnel lens optical system, 1 m each side, covering a field of view of ±6 degree. An improved version of the trigger allows to catch high energy cosmic ray events. The different parts of the instrument were realized in several countries in Europe and America and in Japan. The full integration of the telescope was made in Colorado at the School of Mines.   After integration. the 2-ton payload was field-tested and calibrated at the EUSO-TA site and then shipped to the Wanaka Balloon Launch Facility. In parallel, we developed at RIKEN the data acquisition system, the real time quick-look for data and engineering values and the software for the monitoring of the payload.

The mission was controlled in real time 24/7 by three ground stations (located in Japan, Riken, Europe and USA respectively)  linked via NASA to the Balloon. The flight lasted for 12 days, until 7/5/2017 due to a leak in the balloon, the cause of which is currently being assessed by NASA. Data analysis is currently in progress, and preliminary results show that the detector performed correctly.

A second Balloon flight, SPB2, is being planned for launch in 2023 with a new detector system for a longer flight duration which would allow to gather more statistics.